On 14 March 2011 six friends began a trip through Syria. Once there they soon realise that the Arab Spring was causing increasing unrest. Nevertheless the friends were able to enjoy the country and the sights undisturbed. This resulted in more than seventy pen drawings. At the end of the journey the drawings were fed into a blog over a period of three months and texts were added. While working on the blog it became clear that there was a hardening in Syria between the rebels and the regime, of which the outcome was unclear. Using word and image, this book attempts to sketch a portrait of a country that no longer exists, a country in which different groups and religions appear to exist in peaceful harmony. The emphasis here lies on the deceptive image of self-reliance, immutability and unity in diversity, while in reality Syria was and still is a mixture of internal tension and external forces.

Peti Buchel is a cartoonist and visual scribe in the illustrator’s collective Beeldleveranciers. She began in the seventies by drawing cartoons for the legendary underground comic book: ‘Tante Leny Presenteert’. She is currently travelling and drawing her way through Morocco. 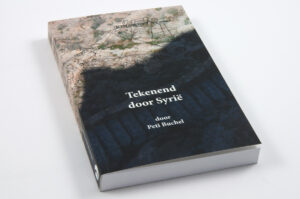 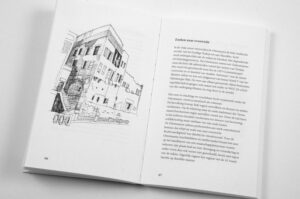