The stating point for It’s every colour, silver, gold is a poem dating from 1925 by Observator, the pseudonym of a Staphorst teacher, who criticised the opponents of land consolidation. In his poem he reproaches the residents of Staphorst for being preoccupied with physical appearance and fashion, closing their eyes to the future. He does this with a great deal of humour and talent, while others use only pure Staphorst dialect. The poem covers several attributes that are considered to be showpieces. This is the starting point for the beautiful photos taken by Dirk Kok, showing Staphorst-ers and jewellery in all their glory. It’s every colour, silver, gold is an ode to a disappearing world, the last expressions of which we can still see today. Dirk Kok has captured them like no other. Dirk Kok was the manager of the Museum Farm in Staphorst from 1982 to 2012. He is co-founder of the Historische Vereniging in Staphorst. Previously he published Aanzeggen. Rouw- en begrafenistradities in Staphorst by Lecturis. 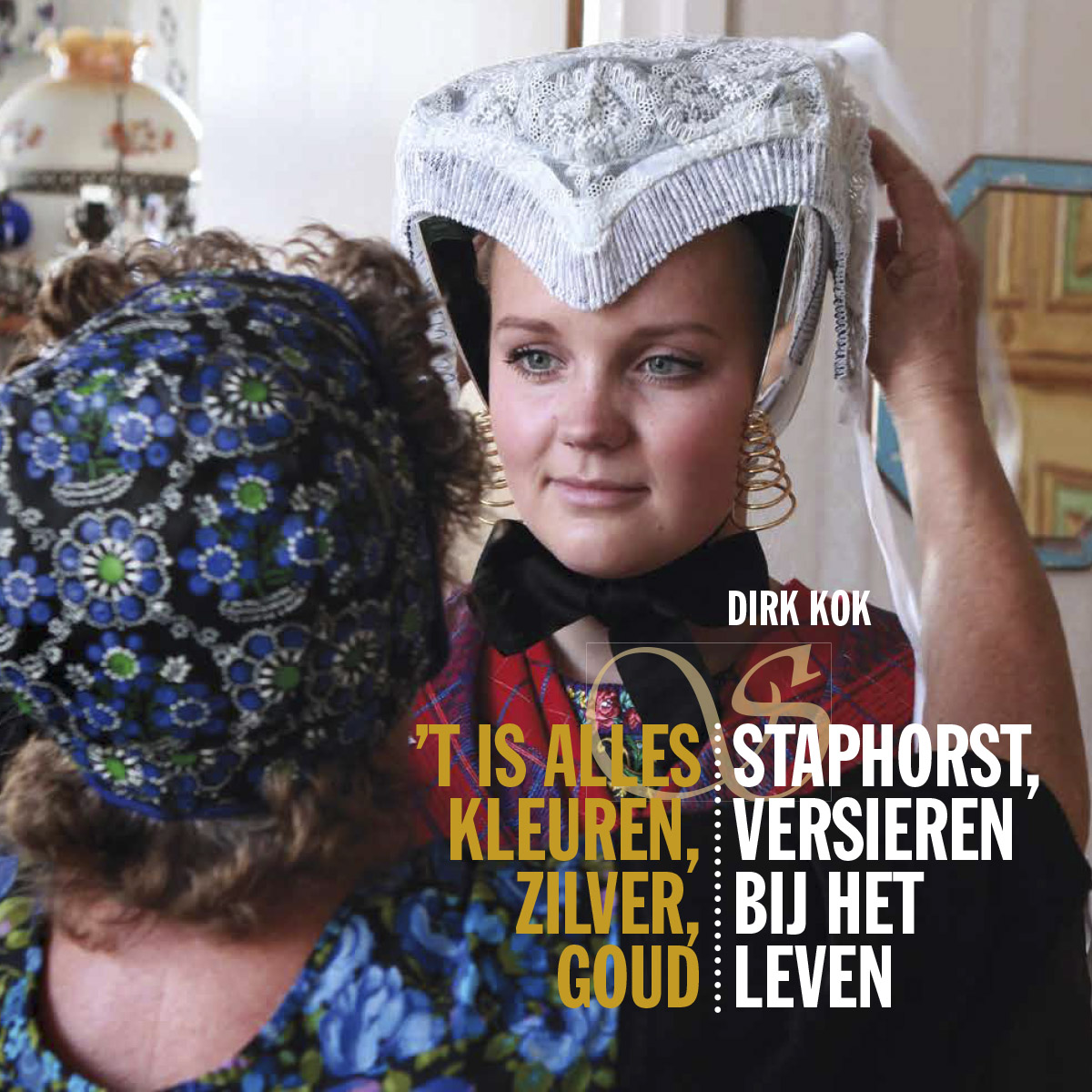