Ravage, illustre inconnu is a beautiful, overwhelming overview of the work of Ravage from the seventies until today.

A spectacular book about the design duo Ravage, released to mark their major retrospective exhibition in Museum Arnhem, with lots of images and an array of contributions that do justice to the many disciplines practiced by Ravage. Trend forecaster Li Edelkoort has known the duo for a long time:

‘We’ve known each other since we went to the art academy together. A whole lifetime already. During this time I’ve seen the Ravage oeuvre develop and a dream become reality, the materialisation of a daydream. The coming together of talented, blond, long-haired men has led to an unprecedented solidarity and fusion, and the emergence of a distinctive idiom of using the same stories over again in order to tell a different story; stories of war and peace, victims and dictators, old dames and young guys, crowned heads and bloated citizens, acclaimed officers and bandaged soldiers. It immediately became clear that the art direction of the fashionable Clemens Rameckers would be on par with the visual talent of the more traditionally focused Arnold van Geuns; that the inventiveness of one would fuel the insight of the other and that the unbridled curiosity of both would lead to a special life, a visual life’s work.’

Ravage, illustre inconnu is a beautiful, overwhelming overview of the work of Ravage from the seventies until today. 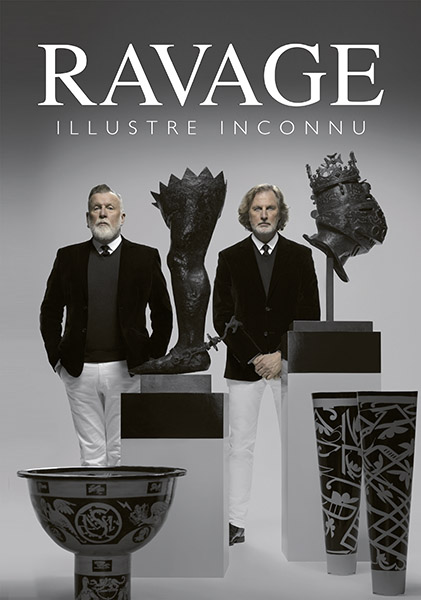 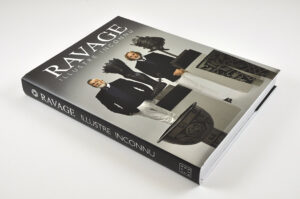 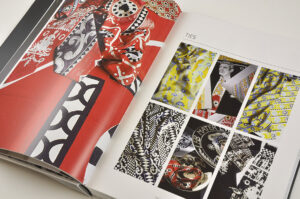 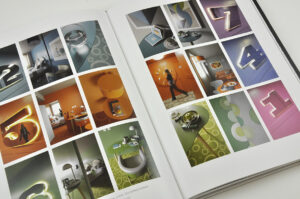 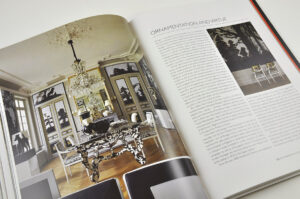