After around 50-years of artistry, Pjotr Müller (1947) looks back on his career in the form of a self-drawn autobiography in comic book form.

After around 50-years of artistry, Pjotr Müller (1947) looks back on his career in the form of a self-drawn autobiography in comic book form. The illustrated story was originally very personal, intended for his dyslectic son Mo. Müller began by making a series of coloured prints of his artworks, for which he created fictional surroundings using a black pen.

A complete life story gradually evolved, in which he describes his life as an artist, his motives for becoming a sculptor, his relationship with his family and professional entourage, his inspiration and of course his oeuvre to date.

The medium chosen by Pjotr Müller, the comic book, is unique for a sculptor to interpret his work. The pieces are given context, a situation that is not possible in reality. As an accessible medium, the comic is an ideal introduction to the complex world of the artist and provides an interpretation of his work for younger generations.

This is the Dutch version of the book. For the English version click here. 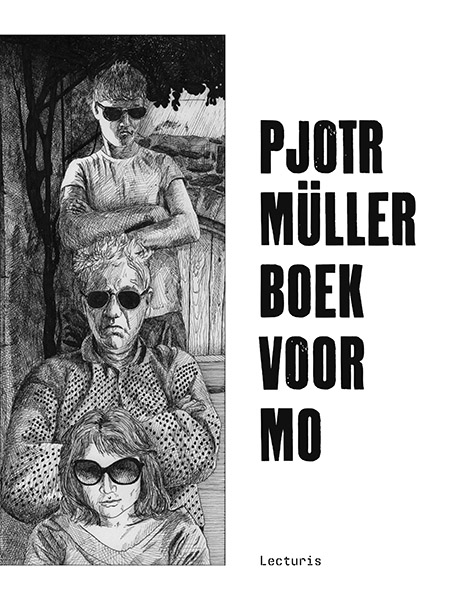 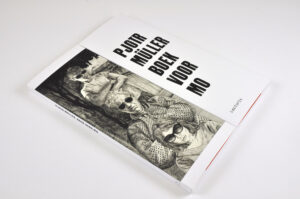 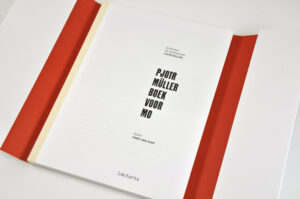 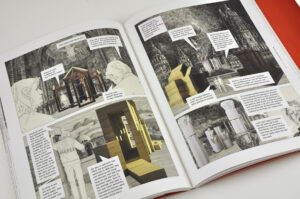 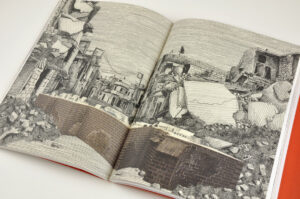