Kuno Grommers (1946) plays a game with our powers of observation.

What is 2D seems to be 3D and vice versa. But the term ‘game’ is actually a word that is alien to his work. His photos have a kind of uncultivated sincerity that does not play around with the data, or use ‘tricks’ to mislead the viewer.

The photos have a kind of fresh, yet timeless appearance. Each individual image is autonomous. But presented as a series the shapes start to lead a life of their own and even seem to float, with the surrounding space falling away. And this while the space is not exactly non-descript: The wooden floorboards are covered with paint splashes, the ceiling is anything but neat, with a forgotten hook left behind in one of the beams. Whatever is clear becomes almost hallucinatory through repetition: every time the same setting of three walls, ceiling and paint-spattered floor into which a different shape is set each time. By presenting the photos next to each other, it becomes clear how Grommers is able to endlessly apply the possibilities, without it becoming a sleek, boring trick. The images reinforce each other.

Sixty illusions of perspective that only through the eye of the camera, seen from the same position each time, become iconic artworks. Made over a period of thirteen years. Brought together in book form, to be studied page for page, to take the time to observe this illusion. 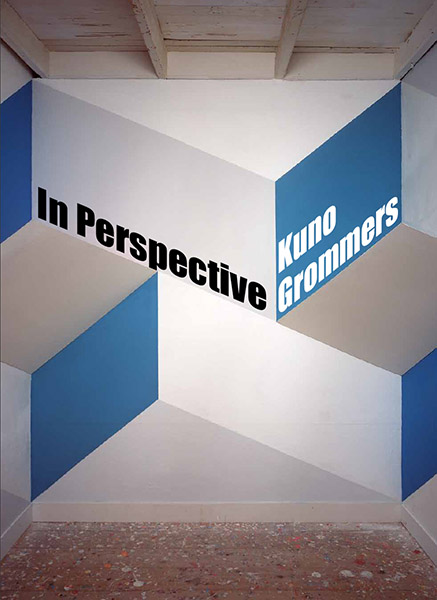 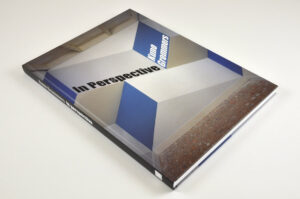 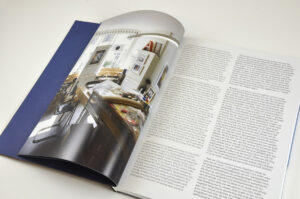 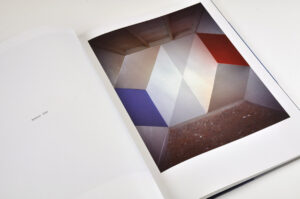 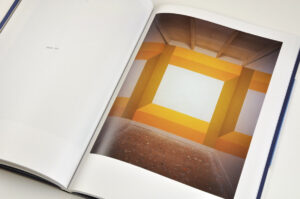