Judith I by Gustav Klimt is a masterpiece of the Museum Belvedere in Vienna. The painting seldom leaves Vienna, but is on display for three months from 12 March in the Gemeentemuseum Den Haag. Klimt’s masterpiece from his Golden Period, in which he incorporated real gold leaf into his paintings, forms a reflection of the decadence in Vienna round 1900, when the city was flourishing like never before on a cultural level.

As a leading lady in the Biblical story of Judith and Holofernes, Judith has long been seen as a strong and chaste heroine. She saved her city from the hostile army of Nebuchadnezzar II by seducing and beheading its general Holofernes. However, Klimt portrays Judith as a dangerous femme fatale who kills Holofernes out of revenge. He was thus one of the first to show Judith in this light. Judith is not a heroic scene, but a sexually tinged masterpiece.

Klimt/Schiele. Judith and Edith is a beautifully illustrated publication about Klimt, Schiele, Judith, Edith and the female image at the end of the century. 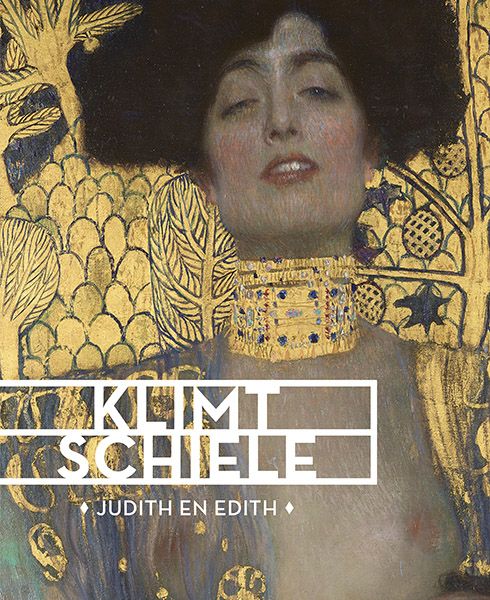