Grey Horizontals delves deeper into the work and oeuvre of Bodenhausen.

‘The work of Gam Bodenhausen presents a world in which the incomprehensible is no longer frightening, but simply a way of looking at something. Commonplace and grand, psychedelic and down to earth.

In the series ‘Grey Horizontals’ the visible reality intertwines with a world in which man, beast, rock and plant, structure and chaos cross straight through each other. In soft grey pencil drawings a universe develops that seems as overgrown as it is organised, as dreamy as it is sober.

Without judgement or dualism the images in ‘Grey Horizontals’ present a new perspective on the world around us. With a mild and almost languid rhythm a dimension unfolds before the viewer in which things take on a new shape and beauty, and in which the relationship between them changes and yet is also self-evident. In this world we recognise the things that we indeed clearly feel, but are not always able to see or articulate.’ (Cornelie Samsom)

This book arose from an intensive collaboration between the artist, designer and writer. It includes an introduction by Arno Kramer, curator of the Drawing Centre Diepenheim. The first part of the book ‘Liquid Debris’ is comprised of text and images that delve deeper into the work and oeuvre of Bodenhausen. In the second part of ‘Grey Horizontals’, a conscious decision was taken to include only the illustrations. This creates a special visual experience. 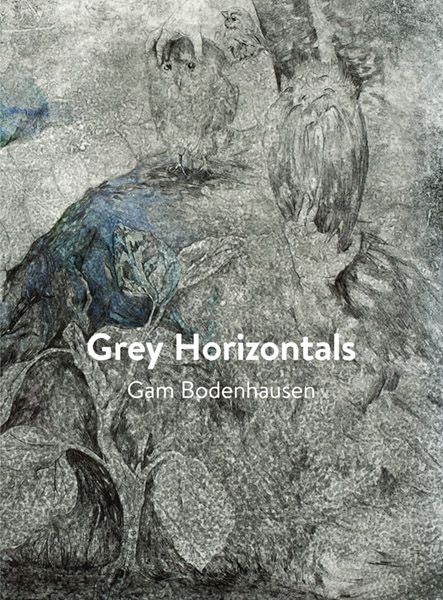 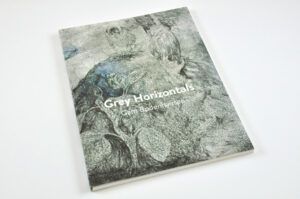 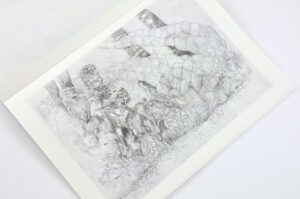