Romanticism tells the story of a wonderful world; overwhelming and poignant, magical and mysterious. An unprecedented feeling was developing in the western world at the beginning of the 19th century. A cultural revolution referred to by philosopher Rüdiger Safranski as The re-enchantment of the world. ‘Modern man’ developed a new perspective on himself, love, nature and the supernatural.

More than one hundred pieces from the Rademakers Collection demonstrate how the romantic artists of the Low Countries – the Netherlands and Belgium – vividly expressed this new attitude towards life.

This book takes the reader on A Romantic Journey from the commercial present to an idealised past. The title also refers to the successful European tour that the former television producer Jef Rademakers’ collection has made in recent years. 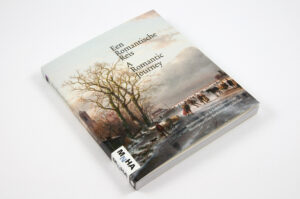