“The Red Suitcase” tells the 20 stories of the finalists of Writing for Afghanistan.

The Dutch Postcode Lottery started, together with the organisation Save the Children, an action in 2015 with the name “A Better Future Begins With Children’s Books”. This action involved the distribution of book packages with a total of 460,000 children’s books in Afghanistan. The packages were send to six thousand schools, reading corners and private homes, in a country where barely any books were found because of the violence of recent years in which books were destroyed deliberately.

That book packages consist of 80 books written by Afghan writers. “When Rorors bed flew in the air” by Miranda de Haan was the winning story of the contest “Writing For Afghanistan”, which the National Postcode Lottery and Save the Children organized in the Netherlands. The story has been translated and is part of the set of books for Afghanistan and is, along with 19 other stories in the finals, published in the book “The Red Suitcase.

In “The Red Suitcase” has, alongside the 20 extraordinary stories, also beautiful accompanying illustrations (watercolors) made by Carmen Groenefelt. 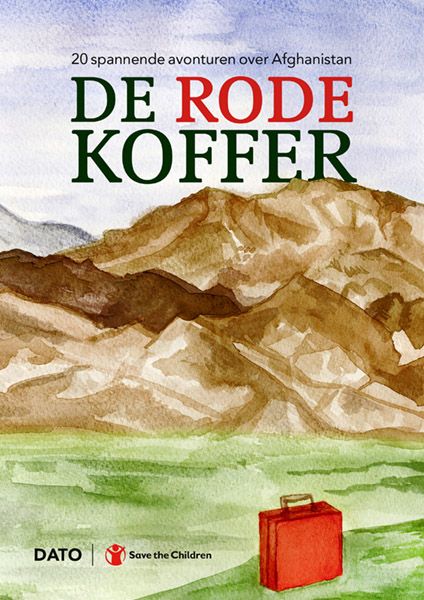 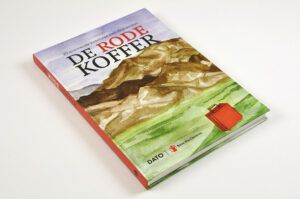 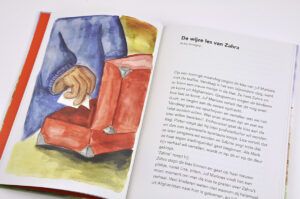 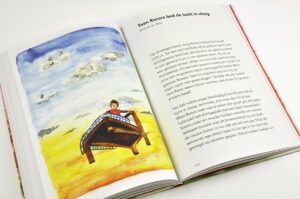 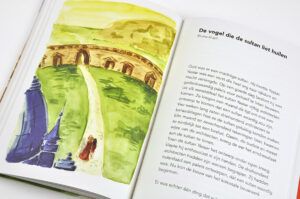