Here you can order directly from the publisher Here you can pay with PayPal
contact | account |
Portretten / Portraits
C. Barton van Flymen

Portraits presents an overview of half a century of portrait photography by C. Barton van Flymen (1944).

Portraits presents an overview of half a century of portrait photography by C. Barton van Flymen (1944). Artists, politicians, writers, sporting heroes, actors, musicians, pop stars, people who were loved or hated by the general public – he made portraits of everyone who seemed important enough to fill columns of the newspapers and illustrated magazines.

Barton van Flymen is a photojournalist and sport photographer, but above all a portrait artist. He has travelled the world for newspapers and magazines. He has taken news photos, social documentary series’, followed the Tour de France for years and reported on all kinds of sporting events. His photographic style has evolved over the years; he has sought out new methods and is not afraid to experiment. And yet the signature of Van Flymen is clearly visible in all his images. 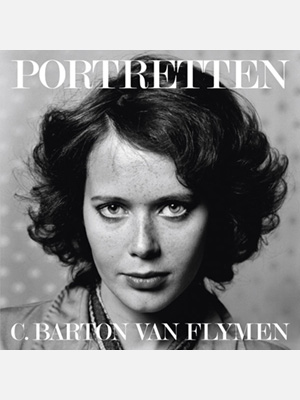