The first solo-publication of the work of Remsen Wolff with a wonderful first selection of his loving portraits of New York’s transvestites, transsexuals and transgender people.

The FotoFestival Naarden 2019 (May 25th – June 30th) shows work by the American photographer, poet and social activist Remsen Wolff (1940-1998) for the first time. Wolff was a self-taught street and studio photographer who rarely presented his work. His recently discovered archive, which covers a period of forty years, contains 200,000 images. From this historical treasure chest, Dutch guest curators Hedy van Erp and Koos Breukel made a wonderful first selection of his loving portraits of New York’s transvestites, transsexuals and transgender people: All American Girls.

In the early 1990s, Wolff, struggling with his identity and gender, became fascinated by the beauty and talent of a hundred special girls in New York and chose them as his photo models personally. The first selection All American Girls is fully included in the accompanying book with the same title.
A number of models in All American Girls are now world famous, such as Kabuki and Amanda Lepore.

Wolff graduated in art history at Harvard University in 1963. He married, had two daughters and after his divorce traveled extensively through the US and Europe. He photographed men and women in the public space for his series Solo Appearances. In Texas in the late 1980s, he was mistakenly accused of serial killings and indicted, which made him a millionaire which offered the possibility of continuing to photograph without the need to earn a living.

From the 1990s, Wolff called himself “phony transsexual.” In the last years of his turbulent life, he took the self-chosen name of Vivienne (Viv) Blum. After that, Wolff died in his birthplace New York. He left his archive to his last assistant, the Dutch photographer Jochem Brouwer. This book is the very first solo publication in which work by Remsen Wolff is shown and also the start of the tribute to this very talented photographer.

The cover girl of this book, Kabuki Starshine, started out as a self-made alter-ego in New York’s nightlife and was noticed by Wolff and Brouwer. Starshine later appeared on the catwalk of the famous French fashion designer Thierry Mugler in Paris and Berlin and took care of the make-up of the popular TV series “Sex and the City”. Kabuki now works for various brands and photographers at the top of the fashion world worldwide. 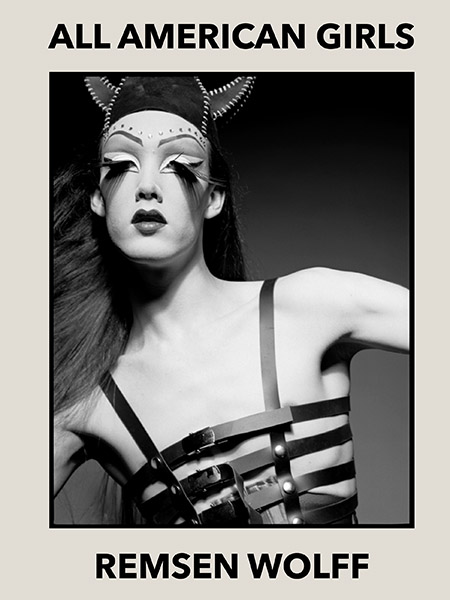 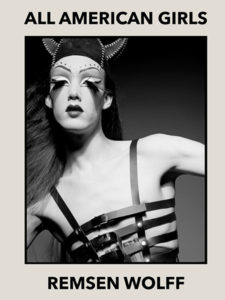 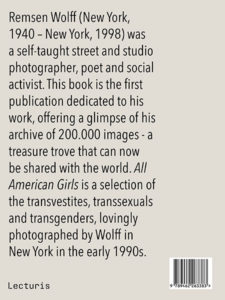