Obsessed by the Divine measurement system

In 2008, 130 architectural drawings by the stonemason Johannes Flentge (1874-1941) were discovered in the Utrecht University library. They were made between 1907 and 1940 and almost all drawn with a system of lines, geometric figures and symbolic elements.

Flentge was involved in the restoration of the Utrecht Dom tower, from the beginning in 1902 until its completion in 1932, under the direction of Pierre Cuypers, first as a stonemason and later as master stonemason. After its completion he remained at home due to health problems.

Flentge searched for a ‘Divine measurement system’ until his dying day; from gothic cathedrals to symbols for the city of God, the heavenly Jerusalem. The buildings would have used the same measurement system as God’s creation: the universe. Insight into these measurements could be gained through geometric laws. Application of this system would make the construction a literal reflection of the heavenly city of Jerusalem. According to his friend, the architect Theunes Haakma Wagenaar, Flentge’s drawings undoubtedly give the impression of being ‘the work of a man possessed’. This makes you wonder whether Flentge had made a heavenly discovery or was perhaps actually possessed. Haakma Wagenaar wrote: ‘these are as intelligent as they are original, but Flentge’s version is too maniacal and generally not tenable’.

In this richly illustrated study, Marcel Teunissen tries to find a way into the hermetic oeuvre of this Utrecht visionary. 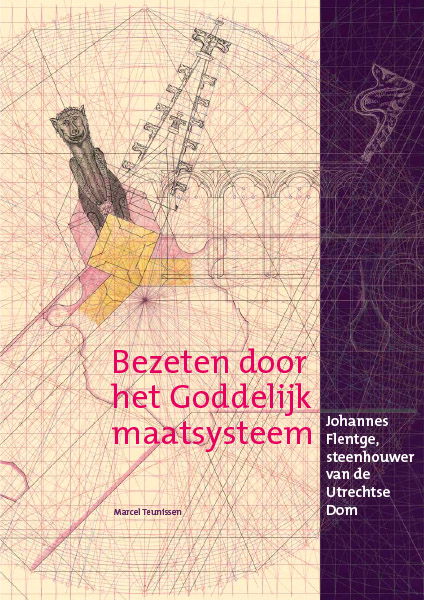 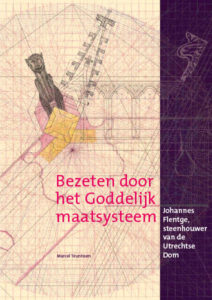 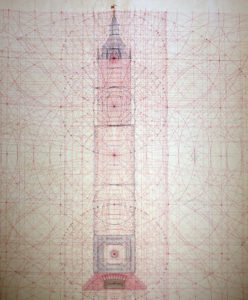 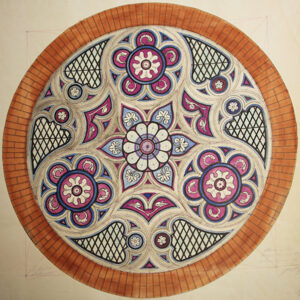